Travel in Time on a Central Park History Tour | TopView Sightseeing
You are using an outdated browser. Please upgrade your browser to improve your experience and security.
Scroll to Select Your Pass Select The Pass That Fits Your Needs
Buy with confidence: take up to 24 months to use the tickets after purchase
1 / 6
Single Ride Pass

Travel in Time on a Central Park History Tour

Whether you have seen portions of the 843 acres of Central Park on television, in pictures or personally, you often think of this spectacular park as a scenic, restful place. But what is unknown to some, is that you can travel back in time on a Central Park history tour. They are not only educational and informative but can also be just as breathtaking and alluring as the scenic routes of the city. Visiting some of the most amazing historical sites to exist in New York City, a Central Park history tour reveals how diverse, multicultural, proud and resilient America’s Big Apple is and has been.

Starting with the American Museum of Natural History. A Central Park history tour will introduce you to New York City before it was densely populated with skyscrapers, the Wall Street, and the entertainment industry. As you travel back in history on the tour, you will understand what life was like in New York City when it was open fields. Composed of a melting pot of people who simply aspired to make something of themselves. You will also get a glimpse of the feel and style of the era that marked the beginning of the city. A time of unity among people who shared a common interest but were divided by social influences that ultimately shaped the remaining country. Venturing deeper into the Central Park history tour you fall further in time as your tour continues. You will come across castles, outhouses and other buildings that were built more than a century ago and still remain standing. As you embark on this scenic journey of seemingly ancient construction you will be able to visualize the progression of New York residents, as they have evolved over the years and developed the city into one of the countries leading cities.

A Central Park History Tour Is Rich with Fame 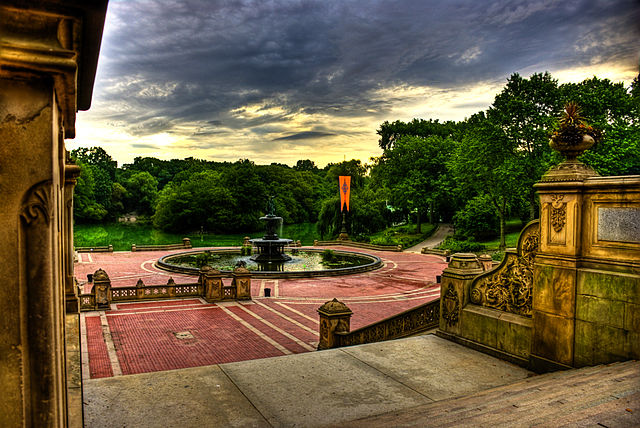 Other buildings that you will come across during the Central Park history tour also include the Delacorte Theatre, the renowned location of “Shakespeare in the Park.” Enjoy your extensive tour of The Swedish Cottage,  Bethesda Terrace, The Belvedere Castle, and the Ramble, as you examine the details of the stone and brick buildings, constructed by hand during early civilization of this land. As you further absorb Central Park’s history, you will be able to take in the scene at the spot where the E.B. White children’s classic character Stuart little raced his infamous sailboat, and get an up-close and personal view of an Ancient Egyptian obelisk. Make sure that you have your camera ready to take pictures as you uncover the hidden gems of history that have been preserved in Central Park.  As you make your way towards the end of the tour, you will pass The Shakespeare Garden, the Great Lawn, Cleopatra’s Needle, The Conservatory Waters, The Lake and The Turtle Pond-each destination offer historical greatness is not only surprising but similar to a fairy-tale in that it is almost unbelievable. But believe every word, as it is true and the tales of history are a part of the magical essence that is exactly what Central Park is all about.