5 Hidden Gems to Discover While Central Park Sightseeing | TopView Sightseeing
You are using an outdated browser. Please upgrade your browser to improve your experience and security.
Scroll to Select Your Pass Select The Pass That Fits Your Needs
Buy with confidence: take up to 24 months to use the tickets after purchase
1 / 6
Single Ride Pass

When visiting Central Park, you will notice that there are acres and acres of land with unlimited potential for uncovering hidden gems this historically rich park has. There are sections and portions of the park that can only be discovered with prior research, specific directions or by accidentally stumbling upon the site out of sheer luck. We’ve run the paths and have compiled a brief list that contains five hidden gems you should visit the next time you are in Central park sightseeing its attractions.

The Pool Grotto, originally man-made then reconstructed in the 1880s, helps to shape one of Central Park’s most peaceful and serene attractions. It has a calming ambiance that is inviting and soothing for those who decide to relax, take photos or enjoy slow strolls through the park while Central park sightseeing. The Glen Span Arch was originally built in 1865 and currently, serves as one of the two rustic arches that run along the boundary of the ravine that when followed will take you to North Woods.

2.The Ravine and Loch

Inside the 90-acre North Woods, visitors can enjoy security in one of the most sheltered corners of Central Park. The Ravine and Loch make Central Park sightseeing refreshing and rejuvenating for the mind, spirit, and soul.  The Loch’s cascading waterfalls dually serves as drinking water for New York City. Providing a homeopathic type of soothing sound of nature’s song that is perfectly coupled with the canopy.

This octagon shaped, brick structure is the perfect place to gather for a game of checkers, chess, dominoes or backgammon. Regardless of whether you win or lose, whether you’re a newbie or expert, you can add unexpected value to your Central park sightseeing experience by walking pass the Ballfield and Wollman Rink, just before you get to the Heckscher Playground. 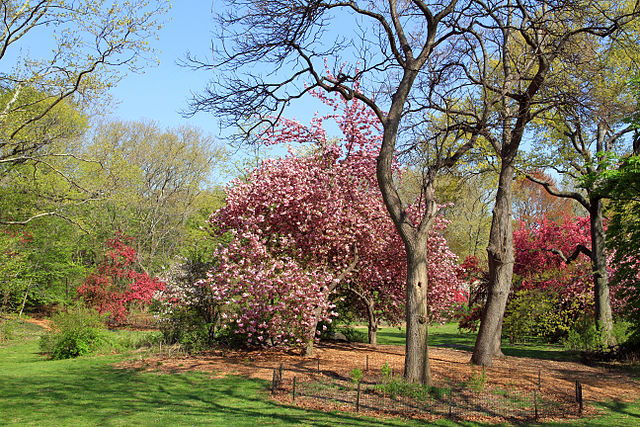 As one of Central Park’s first projects, the 36 acre Ramble Cave makes Central park sightseeing a true adventure. Explore history as you get up close and personal to the covert cave that was once closed off to the public due to its popularity by criminals. Somewhere between 73rd and 79th St., south of the Oak Bridge and north of Gill Bridge lies the stepping stones that descend to the cave. They are just barely visible, these steps and the cave itself can be easily overlooked unless you know where to look.

Originally this Victorian-style pavilion was built in 1871. Its purpose of existence was to provide trolley passengers a form of shelter while waiting for their ride to pick them up from 59th and Central Park West. When this era died, so did the use of the pavilion. Later it was moved and relocated to a section of the lake that was more secluded. We now referred to as Ladies Pond-a hip and happening place for ice skating in the park.