Things to Do in Battery Park | New York Visitors’ Guide to Battery Park Attractions | Explore the Battery and Save!
You are using an outdated browser. Please upgrade your browser to improve your experience and security.
Scroll to Select Your Pass Select The Pass That Fits Your Needs
Buy with confidence: take up to 12 months to use the tickets after purchase
1 / 7
Hop-On Hop-Off Downtown Tour Same Day

Battery Park: Things to Know Before You Go

Battery Park attractions are numerous, with monuments and other notable sights scattered across the park from end to end. No matter your interests, you’re sure to find something fun to do in Battery Park. Before you go, take a moment to learn more about this important southern Manhattan destination.

Where Is Battery Park?
The Battery Park location is at the southern end of Manhattan, framed by Battery Place and State Street.

Why Is it Called Battery Park?
You might be surprised to learn that Battery Park, New York, isn’t named after modern-day power packs but after a battery of cannons. The southern end of Manhattan was a strategic place to protect the city from attacks from the water, since it rests at the confluence of the Hudson and East rivers. The Battery was set up by the Dutch in 1623 to defend the city when it was still known as New Amsterdam. Battery Park features an amazing vista of the harbor with a riverside promenade that started attracting tourists in the early 18th century. Today, they flock here for views of the Statue of Liberty and to visit nearby restaurants and museums.

Things to Do Around Battery Park, NY 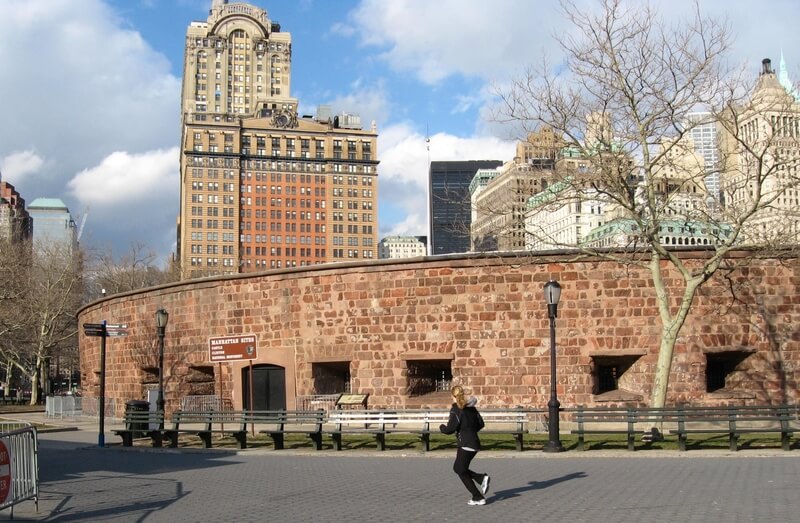 Battery Park attractions offer something for everyone. Our favorite things to do in Battery Park, New York, include visiting these sights:

Eager to see and learn more? It’s easy when you take our Downtown Tour, which stops at Battery Park as well as many other top destinations across Manhattan. Book online today and you’ll be able to enjoy this hop-on hop-off tour at the best possible price!

Get to Battery Park with our

This page was edited by Steven Thomas